The Christian Supervisor: (Part 2 of 2)

As I’ve mentioned in a previous article, many years ago I found myself suddenly in a management position in which I had to be a supervisor to 14 male United Auto Workers (UAW) team members, who were not accustomed to being managed by a young person, much less a woman. As I grew to know the team (and they grew to knew me), we developed a working relationship of mutual respect. Where an adversarial relationship often existed between management and UAW leadership and general employees, I found only support and respect because I followed the 4 F’s (friendly, fun, frank and fair) I had been taught. 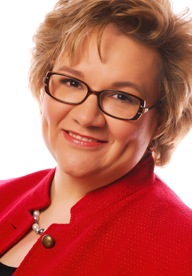 I could laugh when one of the team informed me that he was struggling having me as his supervisor. He even said it in front of the entire team! His name was Bob and I asked him why. He said that he didn’t believe women should be supervisors. I told him I had to work as many women did. He went on to explain that he didn’t have a problem with women working, just a problem with them supervising or managing men. As the room went quiet, I looked at him and with a straight face explained that it would create a huge issue in the plant if all the women were in one area supervised by women and men were in another area supervised by men. He immediately thought I was talking about discrimination.

He cautiously asked what kind of problem I thought it would cause. I told him the all-male areas would be the bottleneck and the women would always be waiting for the men to either supply more parts or to catch up. Then I started laughing. He looked at me smiled and started laughing too. That conversation eventually expanded to include senior members of the plant management team and my asking them to think how they would feel when their daughters had to struggle to advance in their careers because of those attitudes.

I learned more in those few months of working production in a UAW environment about leadership, management, and teamwork than in any other time in my career. The reputation I built with the rank and file translated to being able to work with national UAW leadership on other issues. Fair, frank, friendly, fun can be translated into:

So how do we lead when we have a team member struggling and it is impacting the team? We make reasonable accommodation to support the person, but not at the expense of other members of the team. Personal issues may mean we need to connect an employee to a counselor or other external resources. It may mean making short-term adjustments to shift workload so the person can take time off (paid or unpaid) to deal with the situation.

And unfortunately, sometimes it means helping the person find another position. When the personal situation cannot be resolved and it continuously adversely impacts the team, when accommodation becomes accepting behaviors, attitudes and missed deadlines that are unacceptable for other team members, then it is becomes time to act for the good of the team.

While some may say that is “un-Christian” the reality is that our Christian faith is about holding each other accountable for our choices. When someone continues to make bad choices, then it is often time to give them a wake up call that says “this is unacceptable.” When that warning is not heeded, then it is time to guide them out the door with compassion and options of where to get help.